Software Engineering might be science, but that's not what I do. I'm a hacker, not an engineer - Jamie Zawinski. Follow me @oshadhaviraj.

While I was fooling around the Play store I found this recently released nice, simple and very addictive game. It’s called the Dots. The funny thing about this game is that once you get started playing it you won’t feel bored even it just has to do the same thing over and over again.

The experience that I felt was somewhat different from other games I have played before (but this could be only me). I think the main psychological factor that keeps me in the game is its simplicity and the options you get to boost your score and the opportunity you get to use those options. So there should be also a bit of a planning involved.

Talking about the game basics there are two game mods “Time mode” and “Moves mode”. In time mode there’s a timer which runs for 60 seconds for a single round, so all your connecting skills should be used in this time frame. And in moves mode you’ll get 30 moves to scream at in a round. I usually go with the Time mode because it is fun and challenging.

Once you filled your bucket with enough earned dots you can go ahead and acquire one or more above mentioned options. They call these options as Power Ups.

That’s pretty much it about this beautiful game. If you are bored or trying to eat up some free time this game will certainly do the job for you.

So here’s the Play store URL give it a try

I noticed something new in the game’s About section. Actually it was already there but I wasn’t so curious to check it out. There are few sections, most of them has quotes of wisdom by an admired person. But one of them has this funny little dots of all colors and you can tap on them, which will eventually makes a unique sound for each dot. 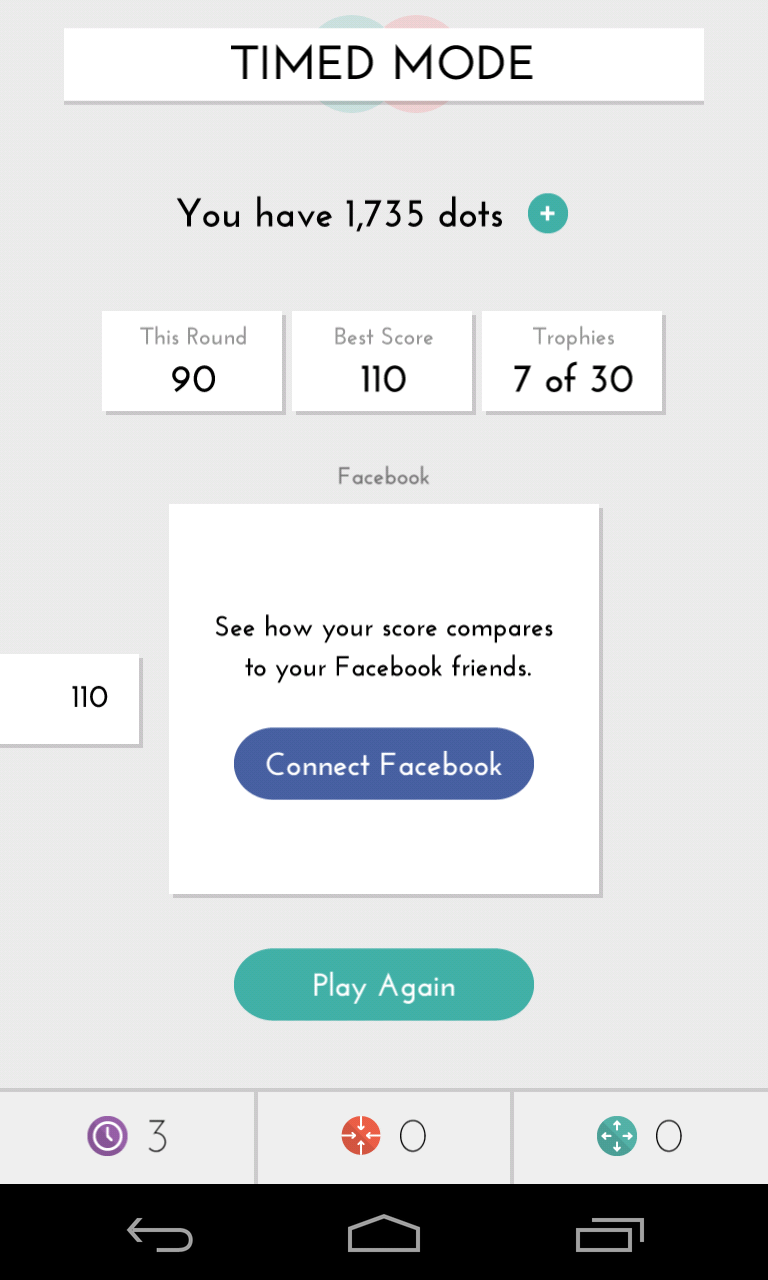 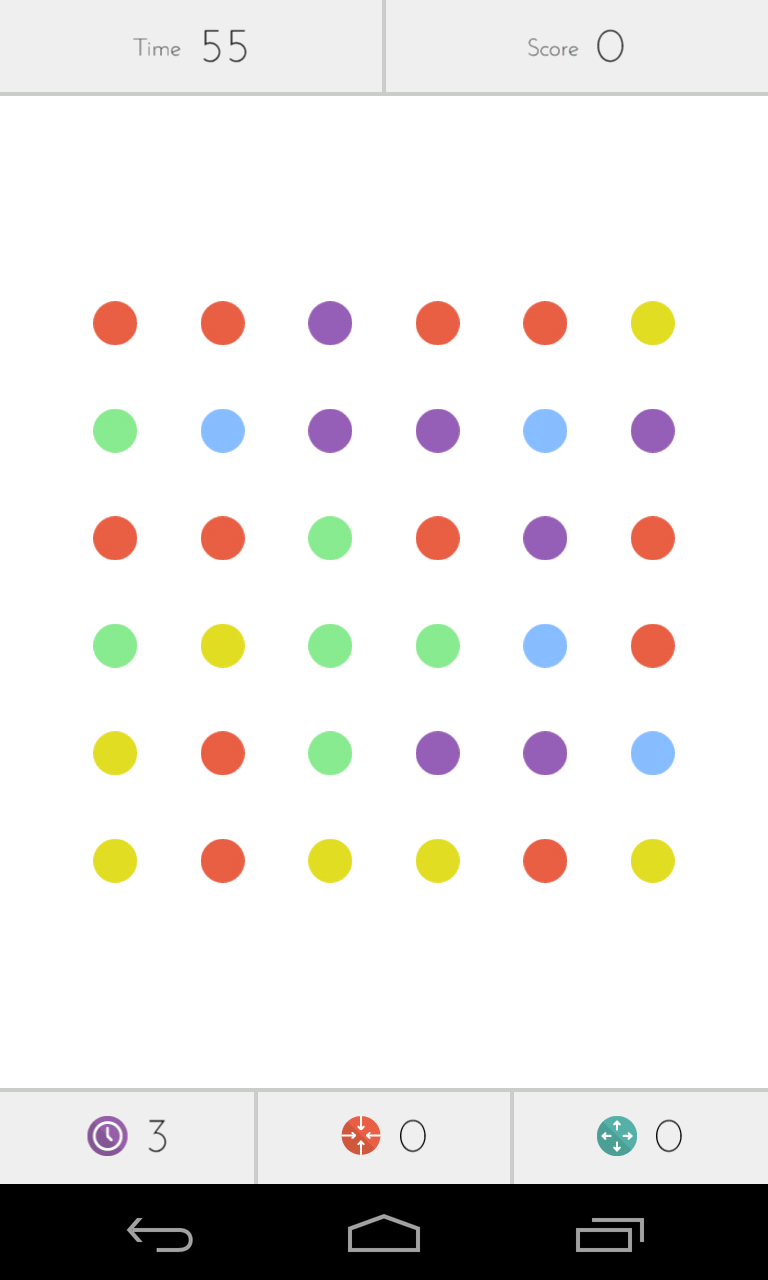